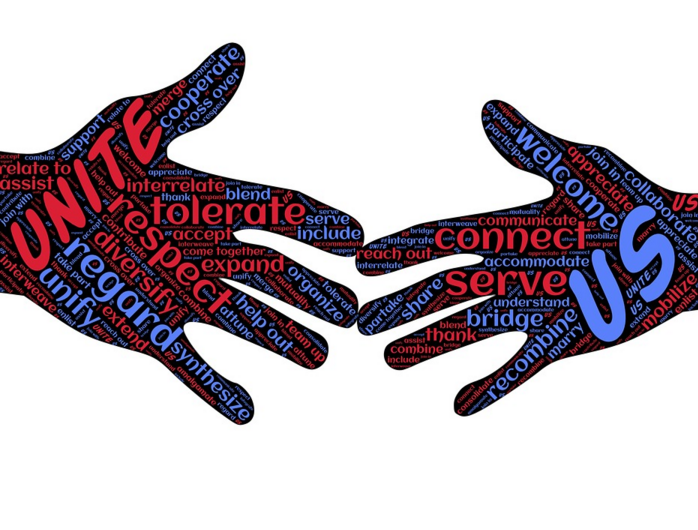 I was at a party recently when I heard one of the male guests say “Merry Christmas”. He then exclaimed gleefully in a loud voice “Hey, we can say that now, since Trump is our President.”  Clutching my glass of wine a little tighter in order to maintain my decorum I felt a sense of deep despair and irritation. Not at being wished Merry Christmas, but at the rationale for why it was “now permissible”.

Acknowledging to myself that feelings of despair are not productive and needing to keep myself forward focused I thought I would look back and mull over the history of Happy Holidays.  How did this happen?

Do you remember the game when you whisper a short story into someone’s ear and they whisper it to the next person and so on until the last person tells the group what they heard? Everyone laughs as it is usually far removed from the story we started with. Communication has become distorted.

It would also seem that in recent years we have come to believe that the term “Happy Holidays” is an imposition from the Politically Correct liberal camp. However, that could not be further from the truth. The term “happy holidays” has been around the USA as far back as 1863.

Check out the article for more information.

It is true that somewhere around the 1980’s when political correctness became fashionable the term Happy Holidays had a revival. The intent was most likely to provide an alternative to ensure we did not offend anyone by using the wrong holiday greeting. It was a catch-all. But here is where I feel intention got lost and convenient interpretation won the day. Just like the game of whispering, the story became distorted.

No one ever said we had to stop saying Merry Christmas or Happy Chanukah or Happy Kwanzaa during this holiday season. In fact, I would argue that to stop using these legitimate greetings appropriately defeats the purpose of allowing us to become MORE diversity sensitive and it loses the charm and tradition of each diverse holiday. There was talk for a few years that Corporate buildings should stop putting up a Christmas tree; when in fact the right solution is to have a Menorah and Kwanzaa candles alongside the Christmas tree – displayed at the appropriate time. If we are seeking inclusion it defies logic to get rid of the Christmas tree or not say Merry Christmas; or Happy Chanukah or Happy Kwanzaa. That does not make us more diversity sensitive. It strips us of our diversity. It makes us tiptoe around each other and it causes irrational people like my colleague at the party to overreact to being “given permission” to say Merry Christmas again when in reality no one ever told him he was not free to do so.

If we are really going to behave inclusively and honor and respect our differences, then we should feel free to use each holiday greeting appropriately. Certainly, if we are unsure of which holiday someone celebrates then the catch all greeting is Happy Holidays. However, if you know that someone is Jewish then it is not just perfectly OK to wish them a Happy Chanukah, it is most likely preferable and more welcoming.

So, let’s give ourselves permission to stop blaming Political Correctness for stifling our holiday spirit and stop giving power to people who never had it in the first place to tell us it is now OK to say Merry Christmas.